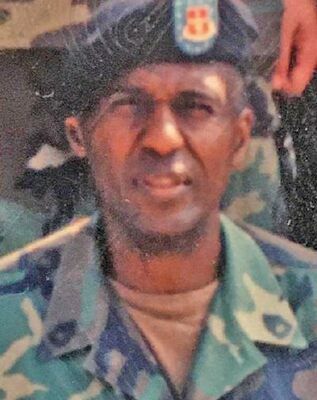 Marvin accepted Christ into his life as his personal Savior at an early age at First Baptist Church in Holly Grove, Arkansas under Pastor F.L. Hall.

Marvin received his formal education through the Holly Grove School District, and was a 1975 graduate of Holly Grove High School. Marvin went on to further his education at the University of Arkansas at Pine Bluff, where he received a degree in Agricultural Studies. He would then move to Wisconsin for about a year to work.

Marvin was a very humble and quiet man who enjoyed the simple pleasures in life. He enjoyed spending time with his identical twin brother Melvin. He also loved football, and keeping up with the world’s latest news by watching CNN. Marvin was known as a very hard working man who would dedicate his time to any job he possessed.

On January 8, 1985, Marvin then made the brave decision to serve his country by enlisting in the United States Army. During his tenure with the Armed Forces, Marvin obtained several accolades, including Meritorious Service Medal, Army Commendation Medal (5th Award), Army Achievement Medal (6th Award), Army Good Conduct Medal (6th Award), National Defense Service Medal (2nd Award), Korea Defense Service Medal, Humanitarian Service Medal, Noncommissioned Officer’s Professional Development Ribbon with Numeral 4, and the Army Service Ribbon. Marvin would retire from the United States Army on January 1, 2005 as a decorated SFC Marvin Simmons, Retired. After retiring, Marvin would move back to his home in Holly Grove and obtain employment with Riceland Foods, where he would work diligently for the next 16 years, until his health began to fail.

On Monday, September 19, 2022 God pardoned Marvin from his life of labor at Baptist Health Medical Center in Stuttgart, Arkansas and welcomed him to his new home in Heaven. He is preceded in death by his father Lennard Simmons, and his maternal and paternal grandparents.

Those left to adore his memories are his loving mother Alice Marie Cartwright-Simmons, his three brothers Melvin (Sharon) Simmons of St. Joseph, Missouri, George (Beverly) Simmons of Killeen, Texas, and Lonnie G. Simmons of San Diego, California, five aunts, four uncles, one grand-aunt, one niece, one grand-niece, one grand-nephew, and a host of relatives and friends.

Is airline travel worth the cost, incompetence?

What will reporting on new Governor Sanders loo...

Johnson will keynote at Brinkley Sports Hall of...