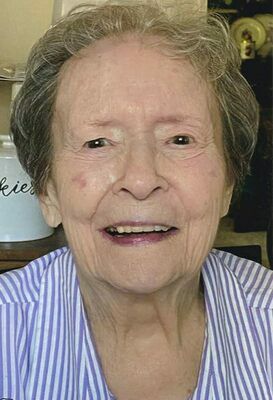 After Gloria completed her studies at Crossett High School, she enrolled in the Arkansas Baptist School of Nursing program where she graduated as a Registered Nurse in 1948. Throughout her long and dedicated career, Gloria utilized her nursing skills at Baptist Health Systems and the Arkansas Department of Health.

Funeral services were held at Fowler Funeral Home on Tuesday, September 13th at 2:00 pm with visitation one hour prior. Burial to follow at Oaklawn Cemetery in Brinkley. In lieu of flowers, please make memorial donations to First Baptist Church, Brin

Big Bank CEOs out of touch with reality

Sanders will get most of what she wants this se...

Love Was Born a King happening this weekend at ...